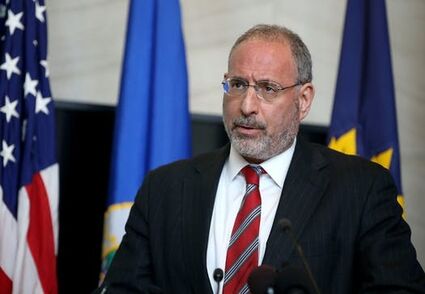 Andrew Luger's confirmation to be Minnesota's U.S. attorney is on hold in the Senate.

Kentucky Sen. Mitch McConnell wrote to Andrew Luger this week detailing his concerns over last month's sentencing of 26-year-old Montez Lee Jr., who was given a sentence 10 years below the maximum for setting a deadly Lake Street fire during the 2020 unrest that followed George Floyd's killing by a Minneapolis police officer.

Luger, who previously served as U.S. attorney for Minnesota under Democratic President Barack Obama, did not have a role in the case.