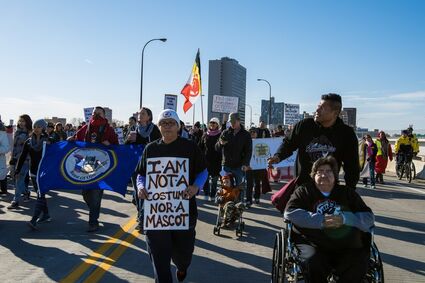 WASHINGTON, D.C. - Native American advocates welcomed the announcement Wednesday that Washington's pro football team will now be called the Commanders, ending a yearslong fight to get rid of a name many deemed racist.

It was also a turnaround for team owner Daniel Snyder, who had said he would never drop the name, which the team had been called since before moving to Washington in 1937.

But mounting corporate and public pressure after the death of George Floyd in the summer of 2020 started the 18-month process to drop the name, a move advocates welcomed as a good step, but just the "first step ... for healing and reconciliation."