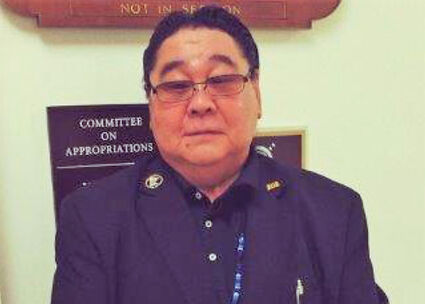 "I have always been a team player on the tribal council and I would love to be given the opportunity to continue to work for you for another four years," Seki wrote in a letter announcing his reelection bid.

His letter also detailed his campaign adhering to the principles of honesty, fairness, responsibility, respect and integrity with a commitment to honoring their constitution and by-laws.

Seki has served as the council chairman since 2014, this would mark his third term in the position if reelected. 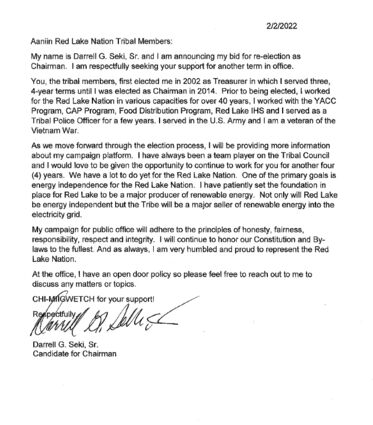 He previously served as the council treasurer starting in 2002 and worked for the Red Lake Nation in various capacities for more than 40 years prior to seeking an elected position.

He also served in the U.S. Army being a Vietnam War veteran.

Filing for all officers - chairman, secretary and treasurer - and one representative from each Red Lake district, including Little Rock, Red Lake, Redby and Ponemah, is open from Feb. 2 to Feb. 16.

Election day is Wednesday, May 18.