The shooting happened just before 7 a.m. on Wednesday morning near a downtown Minneapolis apartment building across from Orchestra Hall 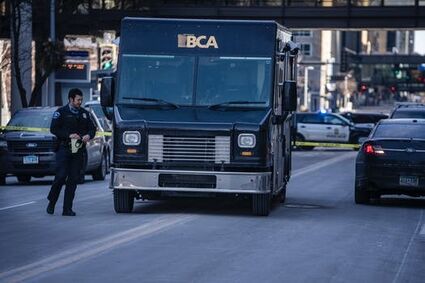 A Minneapolis police officer shot and killed a man inside a high-end apartment building downtown on Wednesday morning after officials say he brandished a gun while officers were serving a search warrant.

The shooting happened at the Bolero Flats Apartment Homes at 1117 S. Marquette Av., across the street from Orchestra Hall. Authorities said the name of the officer is Mark Hanneman; they did not immediately release the name of the person killed, but civil rights attorney Nekima Levy Armstrong later identified him as Amir Locke.

Interim Police Chief Amelia Huffman said at a news conference that a SWAT team was in the area serving search warrants on behalf of St. Paul police in connection with a homicide investigation.