The suspects in jail are 2 fellow students, ages 18 and 19, from Minneapolis 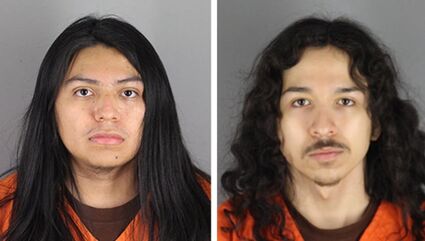 Richfield police said a disagreement among students led to the shooting outside a school Tuesday that killed one student, seriously wounded another and left a third with minor injuries.

Two suspects fled the scene in a vehicle, but were arrested Tuesday night and remain in custody, Police Chief Jay Henthorne said at a news conference at Richfield City Hall on Wednesday. He identified them as Alfredo Rosario Solis, 19, and Fernando Valdez-Alvarez, 18, of Minneapolis.

Police arrested the young men at separate locations several hours after the gunfire outside South Education Center killed 15-year-old Jahmari Rice and hit another student, age 17, who was taken to HCMC by ambulance in critical condition and whose identity has yet to be released. A third student at the school, who is 19 years old, suffered "minor injuries" at the scene but was not hospitalized. The chief said he was not sure whether those injuries were from gunfire.