New Vikings general manager Kwesi Adofo-Mensah gets to work, says what he wants in next head coach 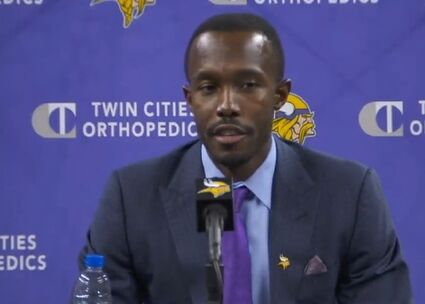 As new Vikings General Manager Kwesi Adofo-Mensah told it in his introductory news conference on Thursday, he logged off his first Zoom interview with the team on Jan. 17 convinced he'd met his match.

"I was catching up with [Browns GM Andrew Berry] afterward, and I was just like, 'Man, they were so detail-oriented, so process-driven,'" said Adofo-Mensah, who was Berry's vice president of football operations in Cleveland. "And he's like, 'It sounds like you've found your people.' And I was just like, 'Yeah. I think it made sense, man.'"

He logged off the call and left his study at his Cleveland home, coming down the stairs with a skip in his step. His fiancee bought a Vikings hat on Etsy a few minutes later; she wore it to TCO Performance Center in Eagan on Thursday.