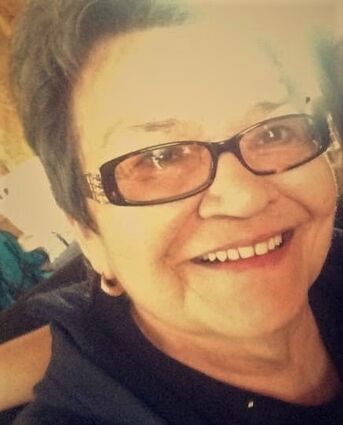 Beverly A. May Waase-Anang began her journey to the spirit world on January 18, 2022.

Beverly was born February 3, 1951, in Belcourt, North, Dakota, to August and Rose (Decoteau) Parisien. She was raised in Dunseith and received her High School diploma from Dunseith High School in 1969. She later relocated to Grand Forks, N.D. where she attended the University of North Dakota. She received a bachelor's degree in criminal justice, before attending the UND School of Law graduating with a Juris Doctorate Degree.

Beverly met the love of her life, Joseph May, Jr., and they married September 26, 1970. They started their family and had five sons and one daughter. Beverly had an immense love for her people and dedicated her life to giving a voice to those who often went unheard and making life better for those around her. She touched so many who met her and was always willing to share her time, knowledge and smile with everyone who sought her advice. Beverly worked in different capacities over the years, but her passion was working within the judicial system. She served as Chief Judge and Associate Judge before relocating to Red Lake and becoming Chief Prosecutor until her retirement. Her greatest love was spending time with her grandchildren and great-grandchildren. There truly was no limit to her ability to love and make those around her feel loved.

Beverly is survived by Joseph, her husband of 51 years; brothers Dennis Parisien of Minneapolis and Richard Parisien of Dunseith; sisters Geniese Poitra, Madonna Parisien and Theresa Parisien of Dunseith; sons Brendon, Donovan, Jordan and Tyler and daughter Brianne, all of Red Lake; eighteen grandchildren and seven great-grandchildren. She is preceded in death by her parents August and Rose Parisien; brothers Albert "Big Al" Parisien, Garry Parisien, Kenny Parisien; sisters June and Kaylene Parisien; and one son Joel May and grandson Marshall Erich.

Celebration of life services for Beverly A. Parisien May will be scheduled at Red Lake and also at Turtle Mountain Indian Reservation in North Dakota where she is enrolled. Beverly's children and granddaughter Autumn will share in the eulogy delivery. Chandler May and Shawn May will serve as urnbearers.