The 40-year-old, who worked on Wall Street before coming to the NFL, replaces Rick Spielman as the team's GM 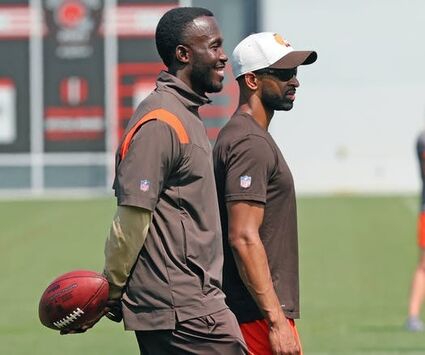 The first Vikings general manager search in 16 years put team officials in interviews with the widest range of candidates in club history.

The winning candidate took a path to the GM's office like few in the NFL.

Kwesi Adofo-Mensah, the Browns' vice president of football operations - a 40-year-old with economics degrees from Princeton and Stanford and eight years of experience on Wall Street before nine in the NFL - was hired as the Vikings' new GM on Wednesday, in the first step of a process that could reshape the team's football operation for years to come.