Police say traffickers transported and sold more than 10 pounds of heroin and fentanyl - estimated at 18,140 doses and worth $725,600 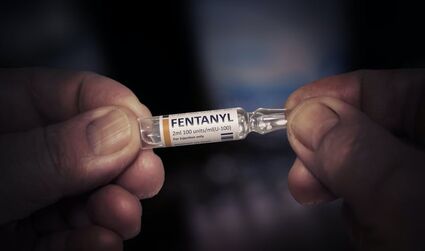 Between June and December of 2021, traffickers targeting two counties in northern Minnesota transported and sold more than 10 pounds of heroin and fentanyl - estimated at 18,140 doses and $725,600, according to the Duluth Police Department.

DULUTH - After a monthslong, multistate investigation that included undercover drug deals, wire taps and arson, 21 alleged members of a drug-trafficking ring have been charged in St. Louis County District Court with transporting and distributing drugs in northern Minnesota.

The Lake Superior Drug and Violent Crime Task Force interrupted the organization led by Nicholas Calloway, 23, of Chicago, who was allegedly bringing large amounts of fentanyl and heroin from Illinois to midlevel dealers and consumers in Carlton and St. Louis counties, according to a news release from the Duluth Police Department.

Calloway and Demetrius McCafferty, his alleged source, are in Cook County jail in Chicago waiting extradition to Minnesota. In total, 14 people have been arrested - most of them with regional ties - and warrants have been issued for seven more.