Sheriff Hutchinson was driving over 120 mph while drunk in Alexandria crash, patrol says 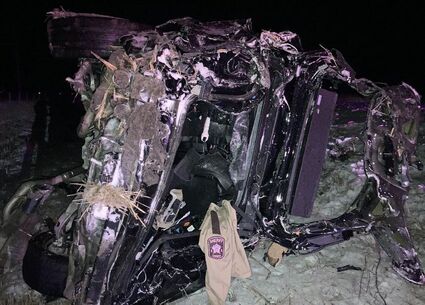 Hennepin County Sheriff David Hutchinson was not only drunk, but driving at more than 126 miles per hour without his seat belt on last month when he crashed his official SUV on Interstate 94 near Alexandria, Minn., according to the investigative file released Thursday by the State Patrol.

Hutchinson was sentenced Dec. 20 to two years' probation on a misdemeanor drunken-driving charge after he crashed his SUV around 2:30 a.m. on Dec. 8. The details released Thursday were met by growing calls for Hutchinson's resignation.