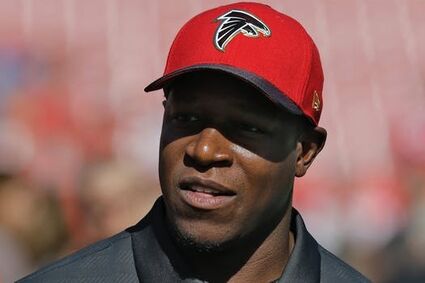 Raheem Morris was the Falcons interim head coach in 2020.

Rams defensive coordinator Raheem Morris reportedly didn't have requests from any of the NFL's eight active head-coaching searches until Tuesday, the day after his defense held the Cardinals offense scoreless through nearly 41 minutes of the Rams' 34-11 win in the NFC wild-card playoff round on Monday night.

By the next afternoon, Morris, the 45-year-old former Buccaneers and Falcons head coach, was the eighth known candidate the Vikings had requested to interview for its head coaching job, according to a league source.

Morris is free to talk immediately because the Rams played their initial playoff game. But follow-up discussions can't be scheduled until a candidate's team is either in the bye week before the Super Bowl or out of the playoffs. The Rams play at Tampa Bay in the divisional round Sunday afternoon.