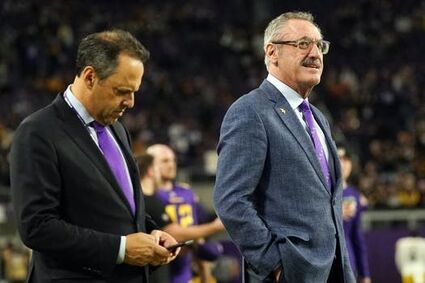 Who will the Wilfs hire? People with knowledge of the GM and coaching searches around the league pointed to five candidates as names to watch for the GM job.

But there were signs things were starting to pick up as of Wednesday evening.