Clyde Bellecourt, One of Original Founders of the American Indian Movement, Passes Away 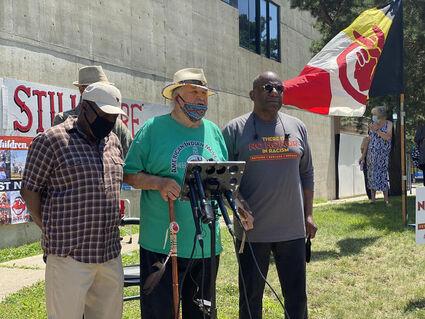 Clyde Bellecourt (center) addresses the media after the Washington football team retires its name on July 13, 2020 at the Minneapolis American Indian Center.

Bellecourt and AIM were involved in many highly publicized protests including the Trail of Broken Treaties, a cross-country march to Washington, D.C., to reignite federal-tribal nations' treaties and relations, and the Wounded Knee Occupation, where approximately 200 Oglala Lakota and the American Indian Movement seized and occupied the town of Wounded Knee, SD for 71 days. AIM also participated in the Occupation of Alcatraz (1969-1971).