After trailing 14-3 at halftime, the Vikings offense opened up and the Bears collapsed in the second half 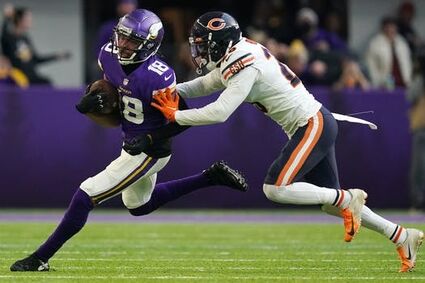 The final snap of the Vikings' 2021 campaign was the first and only one Kirk Cousins would take in victory formation at U.S. Bank Stadium this season.

The quarterback dropped to a knee to kill the final 24 seconds of a comeback win over the Bears, securing a 31-17 victory that would leave the Vikings (who'd already been eliminated from the playoffs) at least able to say they closed as winners. But fans booed the team's decision not to give Justin Jefferson one more shot at breaking Randy Moss' team record for receiving yards in a season.

What a fitting final scene for this disenchanting Vikings season, where a talented roster talked boldly at the beginning of the season, offered teases of excellence at times but ultimately took up residence with the NFC's eight other also-rans, unable to make the expanded playoff field for the second consecutive season.