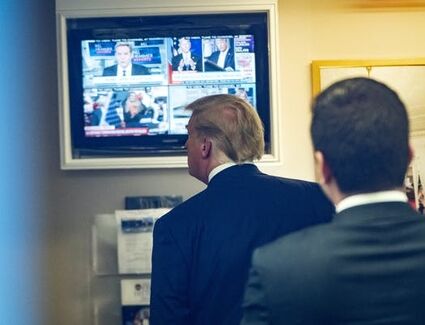 President Donald Trump spent a lot of time watching cable TV when he was in the White House, and new text messages reveal Fox News hosts played a big role in advising him.

Stephanie Grisham, former press secretary to President Donald Trump, remembers the challenges that came from so many Fox News hosts having the direct number to reach Trump in the White House residence.

Grisham - who resigned from the White House amid the Jan. 6 attacks and has since written a book critical of Trump - said West Wing staffers would simply roll their eyes in frustration as they scrambled to respond to the influence of the network's hosts, who weighed in on everything from personnel to messaging strategy.