President Biden on Sen. Harry Reid: He Championed Native Americans When It Was Not Popular 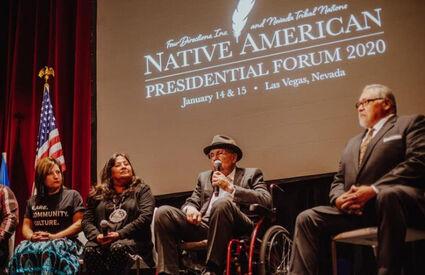 Speaking at the memorial service in Las Vegas for the late Sen. Harry Reid (D-NV), President Biden on Saturday said Reid championed Native Americans and tribal communities when it was not particularly popular for him to do so. The former Senate majority leader passed away on Dec. 28, 2021, after a four-year fight with pancreatic cancer. He was 82.

Reid's work in Indian Country was recalled last week after Reid passed away. Navajo Nation Speaker Seth Damon remembered Reid for being a champion of the Navajo Nation and other tribal nations.