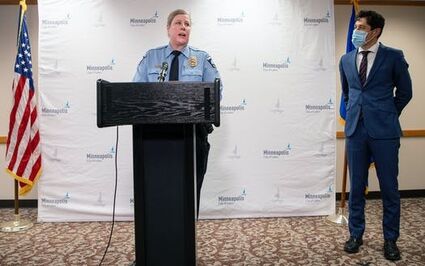 At a City Hall news conference, Frey said the department plans to hire five recruit classes to help close a staffing gap created by the departures of hundreds of officers since the murder of George Floyd in the spring of 2020. For now, the mayor said, the department was directing its resources to areas that need it most, including assigning officers to neighborhoods where stolen vehicles are frequently abandoned.