Thursday marks the first anniversary of the insurrection that caused around $1.5 million in damages and injuries to roughly 140 in law enforcement 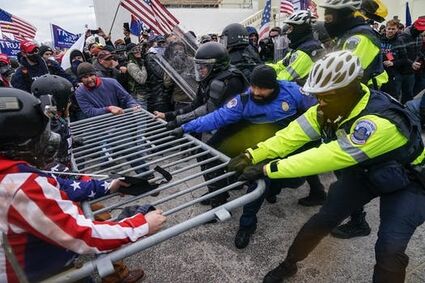 Thursday marks one year since a mob of Trump supporters attacked the U.S. Capitol.

WASHINGTON – Minnesota's congressional delegation is deeply split over the insurrection one year after a mob of Donald Trump supporters stormed the U.S. Capitol.

Democratic members see Jan. 6 as an attack on democracy. But in a stark contrast to a year ago when they denounced the violence, their Republican counterparts unanimously declined to discuss the deadly siege.