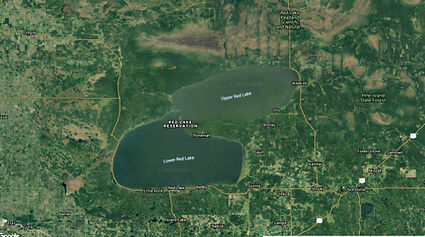 NEAR WASKISH, Minn. (Valley News Live) - Four people were hurt after an explosion inside a fish house on Upper Red Lake. The Beltrami County Sheriff's Office says it received the emergency call just after 12:30 p.m. on Saturday, January 1.

While emergency personnel were responding, two men and two women were taken to an area resort to await arrival of first responders. Due to the travel distance to a medical facility and type of injury, two air ambulances were dispatched to the Waskish Airport.

By the time deputies arrived, a man and woman had already been transported by ambulance to the Waskish Airport to meet the air ambulances. A second man and woman were being treated by paramedics at the resort for burns.

The occupants of the fish house said they were using 20-pound propane tanks and a heating mechanism when they heard a hissing sound. They say after the valves were closed on the tank, a large fireball filled the fish house.

Deputies found the portable fish house approximately 2.5 miles from shore on the northeast side of Upper Red Lake. They say several areas of the exterior were melted and burned. Two propane tanks found inside the fish house appeared to be intact, according to deputies.

Authorities were not able to provide information about the extent of injuries or the conditions of the four people involved.