Red Lake Lady Warriors outpaced in second half, lose 65-57 at home to Clearbrook-Gonvick 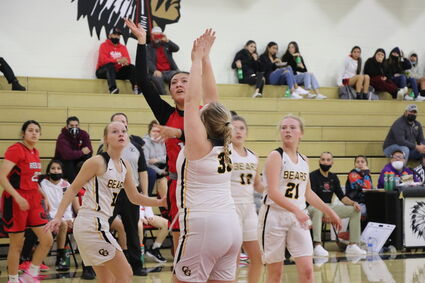 Red Lake, MN - The Clearbrook-Gonvick Bears earned their third victory of the season after an extremely physical and hard fought game versus the Red Lake Warriors, 65-57.

The game started off with the Red Lake Warriors jumping out in front thanks to their usual run and gun style of offense. The Bears appeared to be a step behind and their energy was flat leading to Warriors TeAndra Pemberton-Kingbird to take advantage scoring 14 first half points. In the last eight games between the Bears and Warriors the Warriors are 8-0 and it looked like it was going to be 9-0 before halftime but Bears Senior Annabell Phillips turned up the energy on both ends of the floor forcing turnovers and turning those into easy baskets cutting the lead to only five points at the half, 29-24.

In the second half, the Bears needed to sustain their momentum to stick with the Warriors and they did taking the lead early on in the half. But then the already physical game turned even more so when Phillips stole the ball for a fast break and then got fouled hard by Red Lake's Rose McClain that ended with Phillips having to be walked out of the gym after a near 15 minute delay by medical personnel. After that the Bear's energy rose even more that allowed them to grow and hold onto their second half lead.

Freshman Allison LaVine was thrusted into a position after Phillips' injury in the second half that saw her playing significant minutes and playing a big role in the teams victory. Levine would finish the game with 10 points and 5 rebounds in her teams 65-57 victory.

The Bears are now 3-1 on the season and will be at home on Thursday versus the Blackduck Drakes while the Red Lake Warriors fall to 1-3. 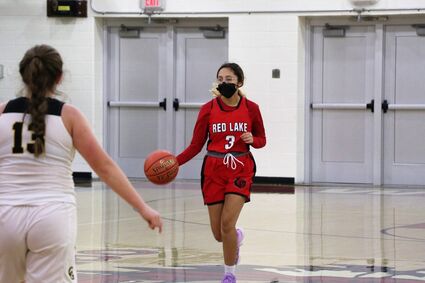