In battleground states and beyond, Republicans are taking hold of the once-overlooked machinery of elections 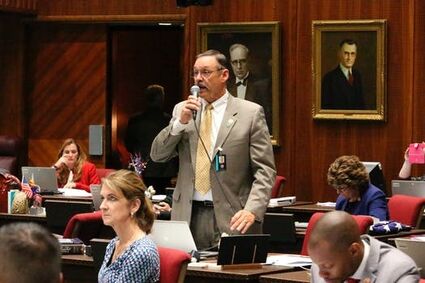 In Arizona, state Rep. Mark Finchem's bid to be secretary of state has unnerved many Republicans, given that he hosted a daylong hearing in November 2000 that featured Trump adviser Rudolph Giuliani.

In the weeks leading up to the deadly insurrection at the U.S. Capitol on Jan. 6, a handful of Americans - well-known politicians, obscure local bureaucrats - stood up to block then-President Donald Trump's unprecedented attempt to overturn a free and fair vote of the American people.

In the year since, Trump-aligned Republicans have worked to clear the path for next time.

In battleground states and beyond, Republicans are taking hold of the once-overlooked machinery of elections. While the effort is incomplete and uneven, outside experts on democracy and Democrats are sounding alarms, warning that the United States is witnessing a "slow-motion insurrection" with a better chance of success than Trump's failed power grab last year.