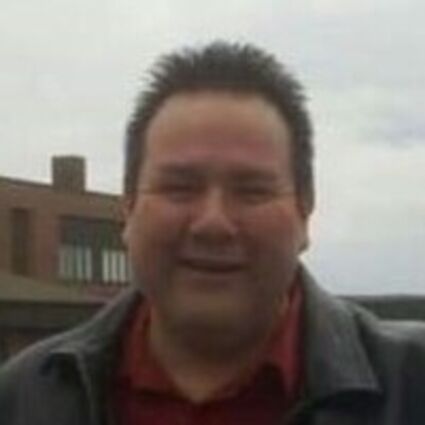 Kenneth Morgan Colman Jr., the son of Kenneth Sr. and Shirley (Fairbanks) Coleman, was born on October 20, 1968, in Mahnomen, MN. He was proudly given the traditional Indian name of Animakii Inini, meaning "Thunderbird Man". Ken was raised in the Naytahwaush, MN, community on the White Earth Reservation. After graduating from Mahnomen High School, he attended Bemidji State University for a time. Ken followed his love of the outdoors and spent his younger years working outdoors, leeching and trapping. He also was employed with the turkey factory in Pelican Rapids before starting his career at the Shooting Star Casino. He began in security at the Shooting Star and later was trained as a blackjack dealer, serving many years as on of the pit bosses, floor supervisors and helped manage the new poker room. Ken enjoyed cooking. He cooked in multiple kitchens such as the Yacht Club in Detroit Lakes, MN, The Grindstone of Mahnomen, Shooting Star Casino and also cooked for Mahnomen Hospital and Nursing Home. During his retirement, he continued working part time in the casino buffet. In 1992, Ken met Karen Kellerhuis and after nearly ten years of companionship, they were married in 2001. They shared their life together until divorcing in 2014, after which they have remained best friends. Ken had a relationship with Shelly Vig for 7 years, they also remained friends. As his health has continued to fail, Ken remained at home in Mahnomen as much as possible.

Ken was a true outdoorsman, loving to fish, hunt, trap and leech. He was known for his competitive edge, rating one of the top soft tip dart players in the leagues he competed in. Winning both the North Dakota Single Championship and alongside Karen, winning the North Dakota Doubles Championship. He also enjoyed playing softball and golfing, always taking on the desire to win but still have fun. Ken was never afraid to get up on a karaoke stage, singing blues, country and rock. Red Hot Chili Peppers, Jonny Lang and BB King were some of his favorites. Ken cherished all his nieces and nephews, and was especially close to his great nephew, Cayle. He loved to smile, laugh, play, and listen to classic rock. Ken honored his Native American heritage and the culture surrounding him. His favorite times were spent on the lake and being with family. He will be missed by all who knew and loved him.

Ken is survived by his siblings: Reed Keezer, Rock Keezer, Charles "Chuck" Coleman Sr., and Giselle Keezer Lyons; his ex-wife and best friend, Karen Kellerhuis; his former girlfriend and friend, Shelly Vig; his little buddy, Cayle Coleman-Fox; and many nieces and nephews. He was preceded in death by his parents; sisters, Faith Keezer and Ann Keezer; brothers, Donovan Keezer and William "Billy" Keezer; and several nieces and nephews.

Begining at 5PM and continuing until funeral service