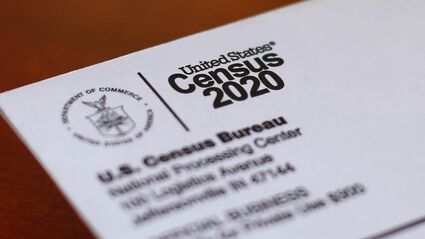 This Sunday, April 5, 2020, photo shows an envelope containing a 2020 census letter mailed to a U.S. resident in Detroit.

U.S. population growth dipped to its lowest rate since the nation's founding during the first year of the pandemic as the coronavirus curtailed immigration, delayed pregnancies and killed hundreds of thousands of U.S. residents, according to figures released Tuesday.

The United States grew by only 0.1%, with an additional 392,665 added to the U.S. population from July 2020 to July 2021, bringing the nation's count to 331.8 million people, according to population estimates released by the U.S. Census Bureau.