Democrats try to 'build back' after Manchin tanks $2T bill 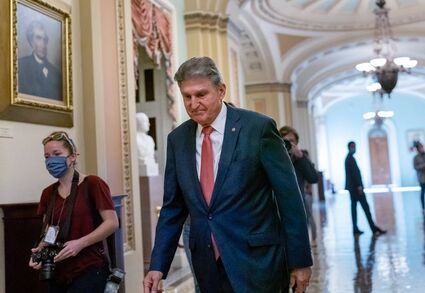 WASHINGTON - Democrats are struggling to pick up the pieces after Sen. Joe Manchin effectively crushed President Joe Biden's big domestic policy bill. But they face serious questions whether the $2 trillion initiative can be refashioned to win his crucial vote or the party will be saddled with a devastating defeat.

Senate Majority Leader Chuck Schumer vowed on Monday that the chamber would vote early in the new year on Biden's "Build Back Better Act" as it now stands, so every senator "has the opportunity to make their position known on the Senate floor, not just on television." That was a biting reference to Manchin's sudden TV announcement against the bill on Sunday.

Biden and Manchin spoke later Sunday, according to a person familiar with the call, first reported by Politico. It was cordial and respectful, said the person who spoke only on condition of anonymity.