All from US missionary group freed in Haiti, police say

The missionaries were kidnapped by the 400 Mawozo gang on Oct. 16 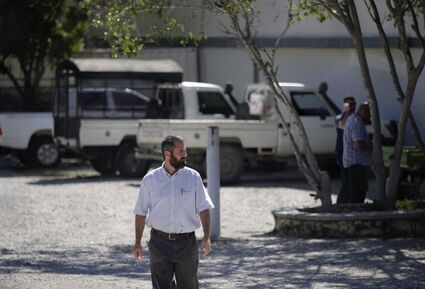 A person at the Christian Aid Ministries headquarters walks inside the center at Titanyen, north of Port-au-Prince, Haiti, Monday, Dec. 6, 2021. The religious group based in Ohio said that three more hostages were released on Sunday, while another 12 remain abducted in Haiti. The group provided no further details.

PORT-AU-PRINCE, Haiti - The remaining members of a U.S. missionary group who were kidnapped two months ago in Haiti have been freed, Haitian police and the church group said Thursday.

The spokesman for Haiti's National Police, Gary Desrosiers, confirmed to The Associated Press that the hostages had been released, but did not immediately provide additional details.

"We glorify God for answered prayer - the remaining 12 hostages are FREE!" Christian Aid Ministries said in a statement. "All 17 of our loved ones are now safe."