Instacart driver cited in Blaine grocery incident, but not for hate crime

A court date for Tara Plum has not been set yet 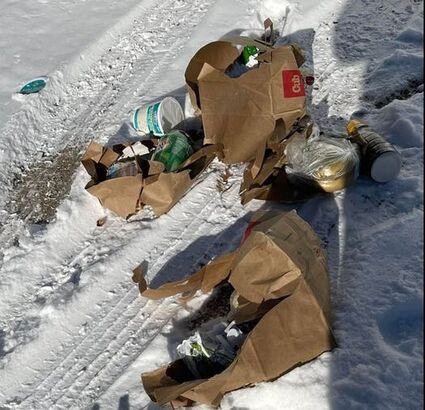 An Instacart driver ran over a Blaine couple's groceries and left a derogatory note over a sign in the couple's front yard that said "Thank You Blaine PD."

An Instacart driver who allegedly dropped an elderly Blaine couple's groceries on the ground, purposely drove over them and left a derogatory note behind because they had a pro-police sign in their yard has been cited.

Tara Olivia Plum, 36, of Coon Rapids was cited for criminal damage to property, said Capt. Mark Boerboom of the Blaine Police Police Department. If found guilty, she could be sentenced to up to 90 days in jail. A court date has not been set, he said.

The citation resulted from an incident on Dec. 6. Police said Plum took $50 in groceries to the couple's home. The couple stepped outside to meet her fearing she may get stuck in the driveway due to snow. At that time, Plum yelled at the couple and told them to check the wreath hanging on their front door. She drove over their groceries before driving away, police said.