Teamsters vote to strike at MSP, other airports

Members include snowplow operators and those who maintain runways, streets 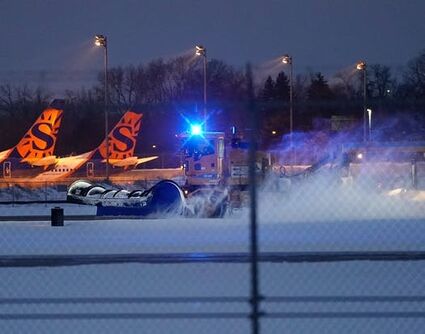 Teamsters union members who plow snow on runways and maintain streets and walkways at the Minneapolis-St. Paul International Airport and other local airports have voted to authorize a strike in a dispute over compensation and severance pay.

Teamsters Local 320 said members are "demanding equity" with other unionized employees who work for the Metropolitan Airports Commission (MAC), which oversees MSP and six reliever airports in the metro.

By a 95% margin, workers voted Sunday in favor of a strike, which would begin Jan. 20, at the earliest. If the two sides reach a deal, a strike would not occur. About 85 members voted to authorize the strike, but the exact tally was not released.