Biden order would make US government carbon neutral by 2050 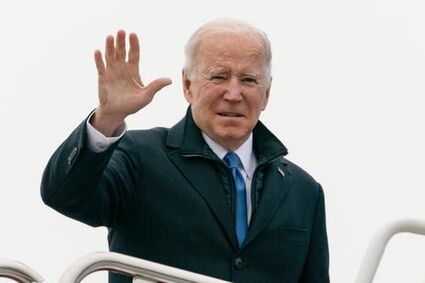 President Joe Biden waves as he boards Air Force One upon departure, Wednesday, Dec. 8, 2021, at Andrews Air Force Base, Md.

WASHINGTON - President Joe Biden on Wednesday signed an executive order to make the federal government carbon-neutral by 2050, aiming for a 65% reduction in planet-warming greenhouse gas emissions by 2030 and an all-electric fleet of car and trucks five years later.

The White House said the order shows how the government will "leverage its scale and procurement power to lead by example in tackling the climate crisis." The order will reduce emissions across federal operations, as part of a government-wide effort to confront climate change.

"As the single largest land owner, energy consumer and employer in the nation, the federal government can catalyze private-sector investment and expand the economy and American industry by transforming how we build, buy and manage electricity, vehicles, buildings and other operations to be clean and sustainable,'' the order said.