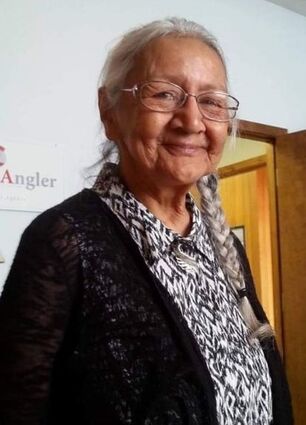 Diana graduated from Northland High School in 1967. She then attended Itasca State Junior College earning a degree in Nursing (LPN) and later she attended Leech Lake Tribal College earning another degree in Early Childhood Development. Diana worked the next 10 years for Leech Lake Child Development before having to quit due to medical reasons. She didn't sit around though, she started working for Leech Lake Housing until her health stopped her. Diana met Donald "Skel" Fisherman in 1989 and they married in 1998, living together happily until his passing.

She enjoyed going to the casino with her brother Jimmy Day and her close friends. She loved to collect angels, books and pretty stuff. Diana also loved to put puzzles together, reading books by VC Andrews, Sylvia Brown and Jeffrey Long. Diana enjoyed being around family and friends, helping out when she could and had a big heart for everyone, especially her grandkids, Valynnica, Cody and Dora White, Sharlene and Brett who were very close to her. She loved to prank you every chance she got.

The wake for Diana will begin at 6:00 p.m. on Thursday, December 9th and continue until her 11:00 a.m. traditional service on Saturday, December 11th all being held at the Mission Community Center in Cass Lake, MN. Allen Hardy will be her Spiritual Advisor. Pallbearers for Diana will be Cody White, Charles James Headbird, Jr., Marcus Burris, Ezra Moses, Johnny Mayberry and Doyle Mayberry. Her honorary pallbearers are Sharlene, Brett, Valynnica, Dora, her best friends BJ M. and Jeanie P. and all her family and friends. Diana's cremains will be inurned with her husband at Prince of Peace Cemetery at Cass Lake, MN at a later date.

Diana's care has been entrusted to Northern Peace Funeral Home of Walker, MN. Online condolences for the family may be left at http://www.northernpeace.com