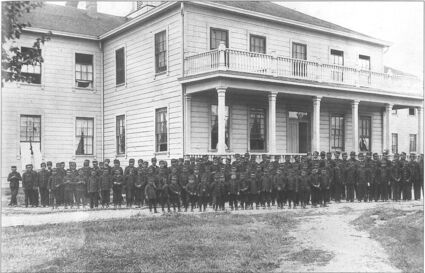 Speaking to boarding school survivors and their descendants on Friday, Nevada Governor Steve Sisolak (D) apologized for the state's role in the government's forced assimilation of Native youth into Indian Boarding Schools.

"Though it was the federal government that established a policy to 'kill the Indian to save the man,' it was the state of Nevada that sold the bonds to fund this school, and it's the state that now manages much of this land," Sisolak said in Carson City, Nevada at the site of a former boarding school--the Stewart Indian School--now a cultural center and museum. "On the behalf of this state I want to make an apology.

Nevada housed at least three boarding schools for Native youth out of more than 406 across the country, according to the most recent count from The Native American Boarding School Healing Coalition's Denise Lajimodiere.