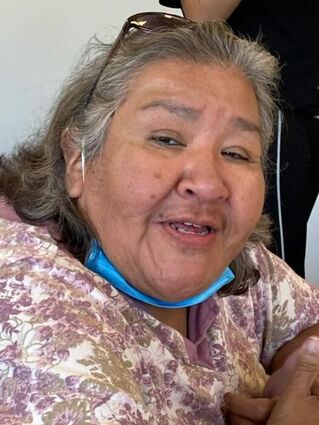 DUE TO INCLEMENT WEATHER RONNIE'S GRAVESIDE SERVICE HAS BEEN MOVED TO SATURDAY, DECEMBER 11, 2021 AT 1:00 P.M. AT ST. JOHN'S EPISCOPAL CEMETERY - ONIGUM

She was the oldest child of Leona (Cloud) and James Cloud, Jr. Ronnie was raised in Old Agency by her grandparents Florence and James Cloud, Sr. She attended Walker Hackensack High School, graduating in 1979. She graduated Macalester College shortly thereafter in May 1986 with a B.A. Degree. It was during her time in St. Paul she met James Gustafson whom she would later marry on May 30, 1987. She had one child from that union, Grant James Gustafson. Ronnie was widowed on March 29, 2005 and lost her son Grant in July 2020. She valued her family greatly. Her three grandbabies Trishell, Talise and Grant II were her heart, and she would do and did everything for them. They spent a great deal of time together. Ronnie also loved to sing and could be heard singing in the house and traveled around to karaoke to share her gift and love of music. Her rendition of Amazing Grace could bring tears to your eyes. Ronnie's laughter would make her dimples deeper and light up her eyes, but you did not want to get her fired up because when she got heated you best get out of her way.

As much as family was important to Ronnie, her God was a huge part of her life, she even had a vanity plate with His name, Yahweh; she loved her Lord. She could be counted on to pray for someone in their trials. Ronnie's work history was in the helping field. She worked as a social worker for Leech Lake Child Welfare for many years and for the last three years she was a workforce navigator with the Beltrami County Employment Services.

Until we meet again ~ Gigawaabamin 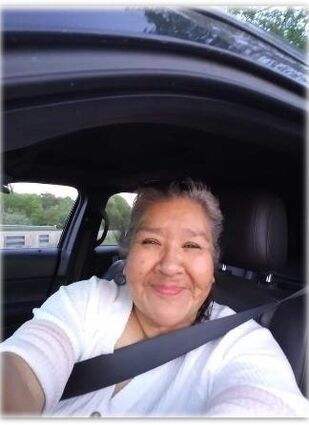 Ronnie's care has been entrusted to Northern Peace Funeral Home of Walker, MN. Online condolences for the family may be left at http://www.northernpeace.com