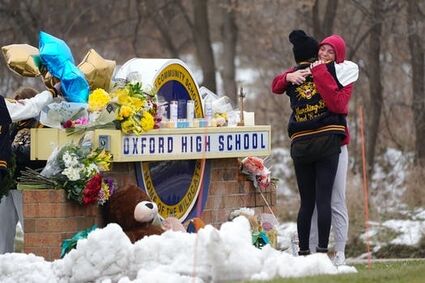 OXFORD TOWNSHIP, Mich. - A prosecutor on Thursday repeated her criticism of the parents of a boy who is accused of killing four students at a Michigan school, saying their actions went "far beyond negligence" and that a charging decision would come by Friday.

"The parents were the only individuals in the position to know the access to weapons," Oakland County prosecutor Karen McDonald said. The gun "seems to have been just freely available to that individual."

Ethan Crumbley, 15, has been charged as an adult with two dozen crimes, including murder, attempted murder and terrorism, for a shooting Tuesday at Oxford High School in Oakland County, roughly 30 miles (50 kilometers) north of Detroit.