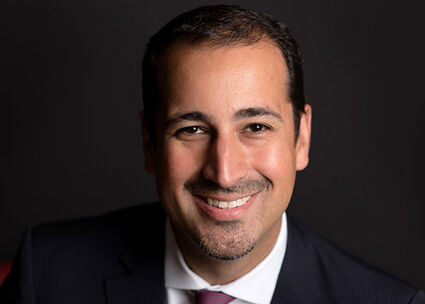 ANNANDALE-ON-HUDSON, N.Y.-Bard College is celebrating its 20th year leading public early colleges that give high school students a tuition-free, early, and excellent start to college. In celebration of these two decades of innovation in the public sphere, Bard Early College is hosting a series of public conversations on issues of access and equity in public education. The first discussion of the series, "Rethinking College," asks the question: What will higher education in America look like 20 years from now? In this public conversation, we will hear from two leading voices in education, Assistant Secretary of Planning, Evaluation, and Policy Development at the U.S. Department of Education Roberto J. Rodríguez and Vice President for Education Policy and Knowledge Management at New America Kevin Carey, and several current students on the topic. The discussion with Assistant Secretary Rodriguez and Mr. Carey will be led and moderated by two students currently enrolled in Bard Early College. This event will be held virtually on Thursday, December 2 at 12pm ET. Click here to join via Zoom with passcode: 145766.

Roberto J. Rodríguez is the Assistant Secretary of Planning, Evaluation, and Policy Development at the U.S. Department of Education. Previously, Mr. Rodriguez has held senior government roles across two presidential administrations, on the White House Domestic Policy Council, and in the U.S. Senate for the late U.S. Sen. Edward M. Kennedy (D-MA). He was most recently President and CEO of Teach Plus, a national non-profit organization dedicated to elevating teacher leadership and voice to advance educational equity.

Kevin Carey is the Vice President for Education Policy and Knowledge Management at New America and directs the Education Policy program. Mr. Carey has written for The Upshot at the New York Times, TIME, the Washington Post Magazine, WIRED, the New Republic, Highline, and other publications. His most recent book, The End of College: Creating the Future of Learning and the University of Everywhere, explores the possibility of a fundamental transformation of our higher education system. Mr. Carey previously worked as the policy director of Education Sector and as an analyst at the Education Trust and the Center on Budget and Policy Priorities.

For more information about this event, contact Stephen Tremaine at tremaine@bard.edu.

Bard Early College (BEC) fundamentally rethinks the connection between high school and college. By replacing the last two years of traditional high school with a tuition-free, rigorous, and supportive immersion in college study, BEC creates a more seamless, affordable pathway to higher education in America. Our model is premised on the belief that many adolescents are ready and eager to start college at an earlier age. Empowering them to do so during the last two years of high school in a supportive environment inspires love of learning and civic and intellectual engagement and propels students towards success in college and beyond.

BEC is a network of tuition-free satellite campuses of Bard College. BEC seeks to inspire curiosity, a love of learning, and civic engagement in its students; equip and empower students to access and complete higher education; and prepare its graduates for a range of educational, professional, and civic pathways.

Through partnerships with public school systems, BEC offers students deep immersion in the liberal arts and a free head start on college, helping students access, afford, and complete higher education, prepared to contribute to the workforce and civic life. bhsec.bard.edu

Founded in 1860, Bard College is a four-year, residential college of the liberal arts and sciences located 90 miles north of New York City. With the addition of the Montgomery Place estate, Bard's campus consists of nearly 1,000 parklike acres in the Hudson River Valley. It offers bachelor of arts, bachelor of science, and bachelor of music degrees, with majors in more than 40 academic programs; graduate degrees in 11 programs; nine early colleges; and numerous dual-degree programs nationally and internationally. Building on its 161-year history as a competitive and innovative undergraduate institution, Bard College has expanded its mission as a private institution acting in the public interest across the country and around the world to meet broader student needs and increase access to liberal arts education. The undergraduate program at our main campus in upstate New York has a reputation for scholarly excellence, a focus on the arts, and civic engagement. Bard is committed to enriching culture, public life, and democratic discourse by training tomorrow's thought leaders. For more information about Bard College, visit bard.edu.