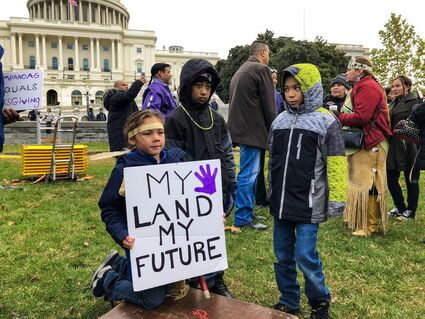 WASHINGTON, D.C. - Lawmakers are set to approve another round of Indian Country bills, including a long-anticipated yet controversial measure that will help tribes restore their homelands.

Four bills of interest are going to be considered in the U.S. House of Representatives starting on Wednesday, according to the Majority Leader's calendar. All will be taken up under a suspension of the rules, a process typically used for legislation that's expected to pass the chamber with bipartisan support.

But the last time the tribal homelands bill came up for a vote more than two years ago, the situation was hardly cause for celebration. That's because former president Donald Trump - using language widely condemned as racist - encouraged fellow Republicans to vote against the measure, along with another one that benefited a tribe whose efforts were championed by the target of his misogynistic attack.