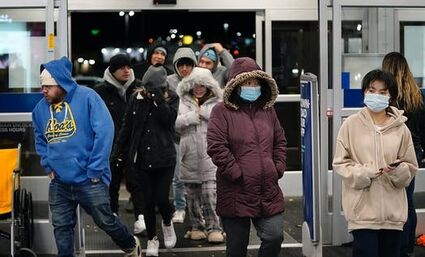 Both crimes occurred shortly after 8 p.m. on one of the busiest shopping days of the year following the Thanksgiving holiday. Police said a group of 20 to 30 people stole merchandise at the Burnsville store, while 10 to 12 adults and juveniles were said to have looted the Maplewood store.

No one was injured, and as of Saturday no one was reported arrested in connection with the thefts. They came after a series of brazen mass robberies at other retailers nationwide.