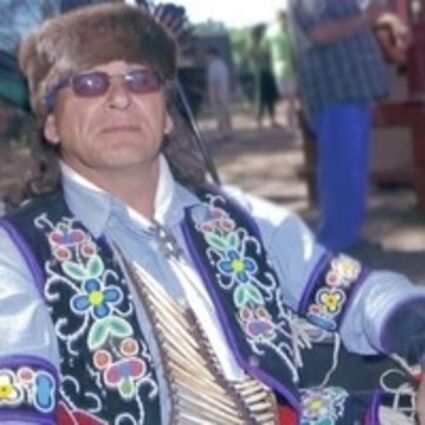 After graduation, Jim signed up for the military during Vietnam with his cousin and brother, William Heisler, under the "buddy system"! His sister, Merceline and cousin, Carolyn Williams drove them to the train and cried all the way! They both went off to basic, and from there, they were detailed to a different coast. But, to his final day, they remained best of friends. During the Vietnam Conflict, Jim served two tours in the United States Navy from 1972-1975 and 1979-1984 being Honorably Discharged. He traveled to 17 countries, had many stories to tell, and enjoyed serving on the following ships: USS Saratoga, USS Inchon, USS Nashville, and on Whidbey Island. Early in his Navy career, he was considered just a pollywog, until he was inducted as a "Son of Neptune," crossing the equator twice. Something he was sworn to secrecy about and proud to hold!

Soon after joining the Navy, he married Karen Swedberg. They had a wonderful son named Sebastian. Later, Jim married Brenda Eckman and added two more amazing sons to the family: Casey and Brett, which fulfilled the many years of joy and continuing blessings in his life. In 1993, Jim met a little girl named Dara and started babysitting her; this added the third beautiful string of his family along with meeting his loving spouse, Betsy, and his saving grace, Elizabeth. This large group of amazing humans became a wonderful, blended family adding four more grandchildren: Noah, Landon, Neegonee, and Ozaawaa. In addition, he has two beautiful twin girls on the way through Brett (Rachel) McDougall. The one constant for all these families has been this honest, strong, caring man we call dad. Finally, asking to come home to hospice during his last days, they never left his side.

Jim and his nephew, Mark Hansen are well known for saving the first traditional Big Drum from the Episcopal Church in White Earth before it burnt down the next day. Jim was then seated on that Big Drum as Ogitchidaa (Veteran) and Mark as Big Stick during its Inaugural Ceremony held at the Rediscovery Center on White Earth Lake in 1994 and told they would be on that drum for as long as they lived along with the other original members. He then later given the honor of a Belt Man for the same drum. He recently was also honored with being seated as an Ogitchidaa on the second Big Drum in White Earth. He had an in-depth knowledge of the ceremonial drum and songs from the teachings he was given and was committed to his role as a veteran and belt man. Unfortunately, when COVID-19 came, and his lung condition worsened, Jim had to step away to care for himself. He greatly missed his Big Drum family.

Jim's mother's side of the family extends back from Madeline Island. His Grandfather was Chief White Crane, who lived on our sacred stopping place, now known as Madeline Island. His Clan was White Crane. His daughter was Equay-say-way. She later took on Madeline as her Christian name. Chief White Crane honored her by naming the island after her. Madeline went on to marry Michel Cadotte. Their child Mary Cadotte married Lyman Warren. Of note: From their marriage, they had a child named William Whipple Warren, who wrote the History of the Ojibway People. Mary and Lyman went on to have seventeen children total, including Jim's grandfather Edward Warren, the father of his mother, Bertha Lady Warren. He also has a long line of family that extends from Anna Jackson. Jim's father's side extends from the McDougall's who rurally lived here in Richwood but extended back from Scotland, which was a dream of where he hoped to go one day.

Jim was a telecommunications specialist for most of his life. In the last few years of his life, he was a Substance Abuse driver for the White Earth Reservation Substance Abuse Program. Being sober for 32 years, he was happy to serve and retire from this job in the summer of 2020. As everyone knows, Jim was an avid Vikings fan, Sunday, 11/21/21, was his message to us that everything was going to be ok! #SKOL!

Survived by his spiritual partner in life, Dr. Betsy McDougall of Waubun, MN; His children: Sebastian (Tracy) McDougall of Moorhead, MN, Dr. Casey McDougall of Las Cruces, NM, Brett (Rachel) McDougall of Grand Forks, ND, Elizabeth Laverdure, and Dara McDougall; grandchildren: Noah & Landon McDougall and Ozaawaa & Neegonee Burnett .; the mothers of his children: Karen McDougall & Brenda Eckman; Siblings: Judith Belsheim, Prior Lake, MN; Merceline (Gene) Parisien, Waubun, MN; along with his many nephews, nieces, cousins, and friends. As customary, Jim also had many traditionally adopted children to whom he is we-eh: Phil Defoe, Dixie Dorman, Nick Counts, Maya, Charlotte, & Madeline Laverdure. With always a smile and a good word for everyone, Jim will be cherished and missed by everyone who knew him.

Early in July, Jim asked the White Earth Reservation Tribal Council to establish a White Earth Nation Veteran's Cemetery. On October 27, Resolution 056-22-011 was passed by the White Earth Reservation Business Committee approved the White Earth Veteran's Cemetery. The site will be located directly behind the RTC tribal offices. Jim hoped that all White Earth Veterans would be buried close to their families and people on their Nation's sovereign land. Jim will be given a military and traditional burial and be the first Veteran buried on his homeland that he fought, suffered, and died for so many thousand miles away. Chi-Megwitch!

Plants preferred or in lieu of flowers memorials can be made to the White Earth Veterans wall.

Following all Covid-19 safety protocols, CDC guidelines will be practiced.

Please feel free to sign the guestbook, send condolences and view other opportunities which may be available to the public due to COVID-19 restrictions