The district has also added tribal flags to all school buildings 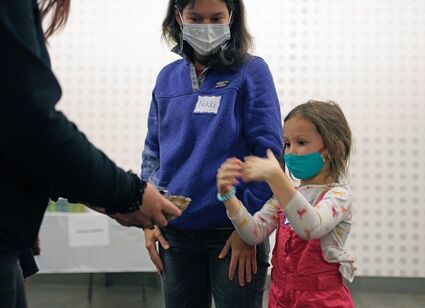 The night of activities for American Indian families in Minneapolis schools began in a quiet, sacred way on Wednesday: About 30 people formed a circle and participated in a smudging ceremony - each standing before the rising smoke of burning sage for the purification ritual.

American Indian students at Edison High School have started their mornings in the same way this week. And schools across the district held presentations, drumming performances and other events as a part of Minneapolis Public Schools' American Indian Awareness and Family Involvement Week.

"People still view Native Americans as a race of the past without realizing we're still here," said Wakan Austin, a junior at Edison and a member of the Standing Rock Sioux Tribe.