The trade delegation is one of the first to visit the U.K. since COVID hit 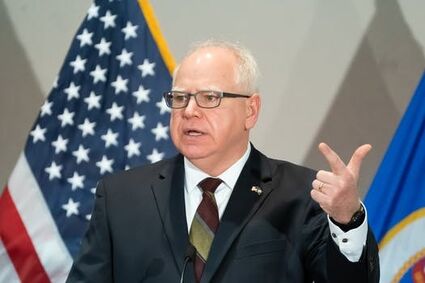 Gov. Tim Walz and a Minnesota delegation including officials representing medical technology, agriculture and higher education are trying to entice businesses and promote the state's exports during a Northern European trade mission this week.

Members of the more than 50-person group said they were repeatedly told they were one of the first trade delegations to visit the United Kingdom since the pandemic began. The Minnesotans were Helsinki-bound on Wednesday for the second and final stop in their tour.

"The reputation of Minnesota as that problem-solving, innovative state is making a difference," Walz said on a call with reporters.