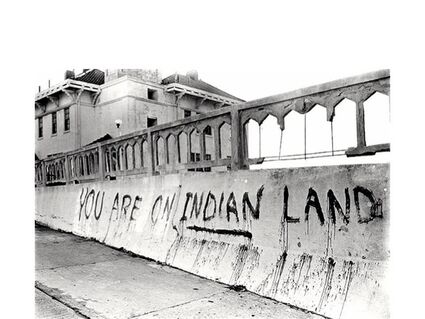 Indians of All Tribes will commemorate the 52nd anniversary of the Native Student Occupation of Alcatraz Island on Saturday, November 20, 2021 on Alcatraz Island.

For years, the island was home to a federal penitentiary. Called the "Rock," the penitentiary's most famous inmate was notorious gangster Al Capone. After the prison closed in 1963, Native Americans began to petition the federal government to put it into "Indian land."

It was on November 20, 1969 when a group of 89 Native Americans from many tribes landed by boat on Alcatraz Island and claimed the former prison as Indian territory.