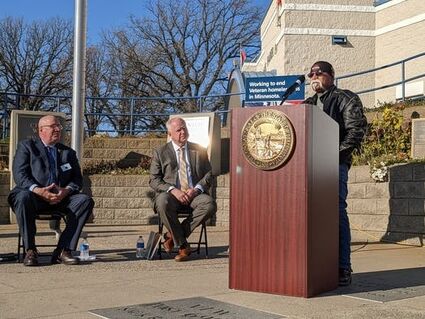 ST. CLOUD – Dan Abrego was one of the first residents to move into the Linden Grove Veteran Apartments on the VA campus in St. Cloud six years ago.

The Vietnam-era veteran said he didn't go to the VA for decades after being discharged from the Army in 1972. "A lot of us don't want to come into the system," Abrego said Tuesday at Veterans Plaza, in front of the St. Cloud Municipal Athletic Complex. "We want to feel like we're free."

He found himself homeless - living in a car or couch-surfing at friends' houses. He finally caved and went to the VA, where he found support and steady housing.