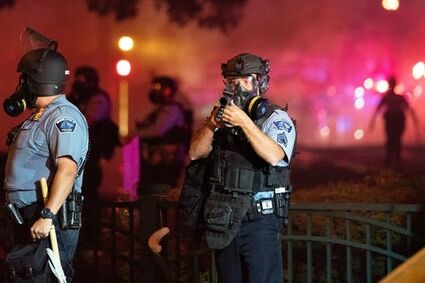 Protesters and police clashed in May 2020 near the AutoZone at Lake Street and S. 27th Avenue in Minneapolis.

A federal judge Thursday imposed an indefinite ban on the State Patrol, Minneapolis police and other law enforcement agencies from using force against journalists in the field, which occurred while documenting the civil unrest in the Twin Cities following the killing of George Floyd.

The preliminary injunction from U.S. District Judge Wilhelmina Wright picks up as a temporary restraining order was about to expire and will last until the resolution of a class-action lawsuit that was filed by the American Civil Liberties Union (ACLU) of Minnesota soon after Floyd's death while in police custody in May 2020.

The 45-page lawsuit said officers threatened, assaulted and, in several cases, arrested members of the media, even after they identified themselves as journalists.