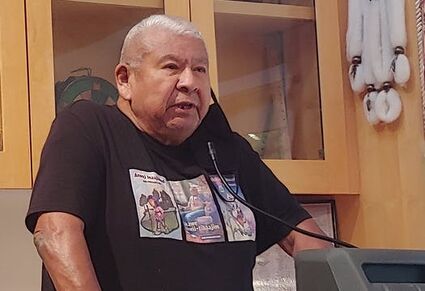 MILLE LACS RESERVATION – Near the end of her life, Lucy Clark felt a sense of melancholy.

"She was sad," said her grandson, Steve Premo, "because she couldn't hear the song of the language."

Native Indian languages were suppressed for generations in Minnesota and elsewhere, to the point that fewer than 25 "first speakers" - those who speak a language from birth - remain in the Mille Lacs Band of Ojibwe.