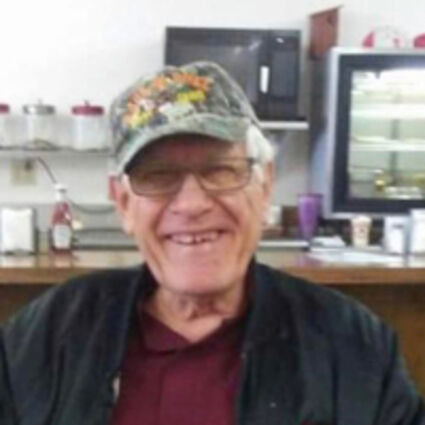 Earl John Schoenborn was born February 23, 1942, in Mahnomen, MN, the son of Leo and Marie (Kemper) Schoenborn. He was baptized and confirmed at St. Joseph's Catholic Church, Beaulieu and attended Rosedale Country school then Waubun Public School. Following Earl's schooling, he entered the workforce as a young man. He began helping on the family farm and for area farmers. He worked as their hired man for a number of years until he joined the team at the Stave Plant just south of Mahnomen. Earl worked several years until the plant became inoperable due to a fire at which time, he went to work for the Shooting Star Casino. He truly enjoyed working at the casino and visiting with all the patrons daily that came to the buffet. He recently decided to retire after nearly 30 years of employment with the casino.

Earl was a private and simple man yet habitual, focused and loved to visit with people, family, and friends alike. He could be found daily at the Red Apple Café having coffee or playing cards with the guys. He enjoyed playing Bingo, cards and listening to music. Earl was a lifelong member of St. Joseph's Catholic Church and could always be counted on to sell hundreds of raffle tickets for the annual fall bazaar. He will be missed by many.

Earl is survived by two brothers, Elmer (Beverly) of Mahnomen and Jerry of Waubun; one sister, Doris (Ken) Gilbertson of Ada, MN; one aunt, Dora Kemper of Mahnomen and several nieces and nephews. He was preceded in death by his parents.

A Prayer Service will began at 6:30 pm