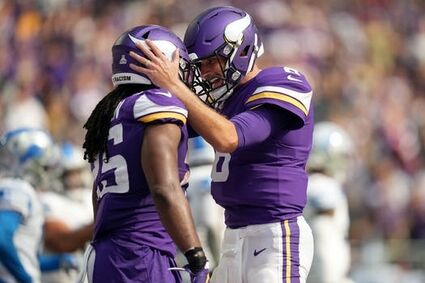 On Monday, coach Mike Zimmer said again how Kirk Cousins has been more outspoken as a leader during his fourth season with the Vikings than the quarterback had been during his first three years in Minnesota.

Last week, Cousins made a significant statement with his money.

Cousins surprised the Vikings' social justice committee last week, according to a team source, with a $500,000 donation, announcing the gift during a committee meeting on Oct. 5. The quarterback spoke briefly during the meeting about the gift, which the committee will use at its discretion to Minneapolis-St. Paul organizations whose missions are consistent with its focus areas.