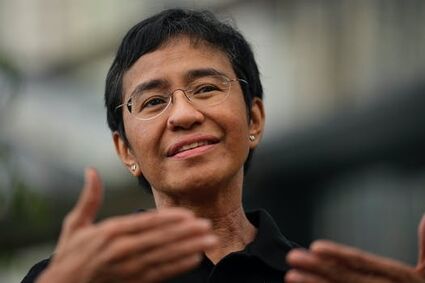 Journalist Maria Ressa of the Philippines was the only woman to be awarded a Nobel this year, sharing the Peace Prize with another journalist, Dmitri A. Muratov of Russia.

After a year in which only one out of 13 Nobel laureates was a woman, a top official at the institution that awards some of the prizes dismissed the idea of gender quotas, saying the current system was in line with "the spirit of Alfred Nobel's last will."

Goran Hansson, secretary-general of the Royal Swedish Academy of Sciences, said Monday in an interview with the Agence France-Presse news agency that it was "sad" that so few Nobel laureates have been women.

"It reflects on the unfair conditions in society, particularly in years past, but still existing and there's so much more to do," Hansson said. The Royal Swedish Academy of Sciences awards the Nobel Prizes in physics and chemistry, as well as the Nobel in economics.