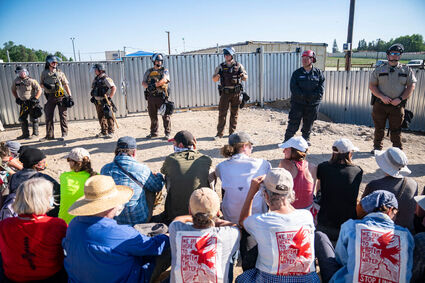 Law enforcement agents formed a line in front of a wall of protestors who sat just in front of a locked gate at an Enbridge pump station in June.

The $3 billion-plus pipeline is a replacement for the 50-year-old Line 3, which is corroding and operating at half capacity.

Construction of the $3 billion-plus Minnesota portion of the pipeline - one of the largest projects in the state in recent history - began last December after a six-year battle before state regulators.