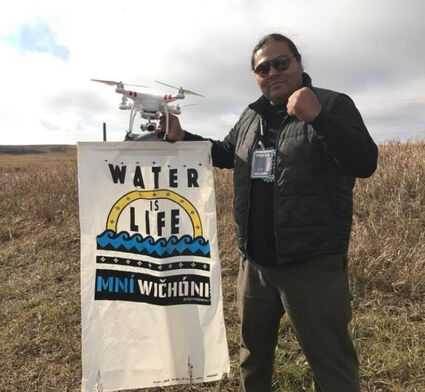 YOMBA, Nev. - Myron Dewey, a filmmaker, professor and journalist, passed away in a fatal car accident early Sunday morning in Yomba, Nev., sources confirmed to Native News Online. He was 49.

Dewey founded Digital Smoke Signals, a media production company that shared live frontline footage during the 2016 protests against the Dakota Access Pipeline (DAPL) near the Standing Rock Indian Reservation in North Dakota. His drone footage of the DAPL protests garnered recognition for the cause and elevated his status as a journalist covering environmental and Indigenous issues.

Dewey was one of several Native American journalists arrested while covering the Standing Rock resistance and faced a class A misdemeanor charge related to his use of the drone. He faced up to a year imprisonment and $2,000 fine. The charge was eventually dropped.