Bodies were found Sunday in a western Wisconsin cornfield 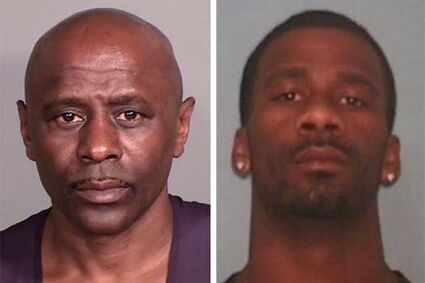 Darren Lee McWright was arrested. Antoine Darnique Suggs is believed to be in the Twin Cities area.

The murder of his daughter left Damone Presley Sr. angry and wracked with grief, but it was also confusing.

First there was the discovery of her body, tucked into an abandoned SUV with three others in a Wisconsin cornfield more than an hour from her home. "Who could have done this?" and "Why here?" he wondered at a vigil held earlier this week near the rural site.

Then came Thursday, when authorities told him that they had arrested a 56-year-old St. Paul man who Presley knew growing up - Darren Lee McWright. Investigators also were searching for another man familiar to Presley, Antoine Darnique Suggs, 38, who Presley knew as McWright's son and as someone who had hung around his daughter.