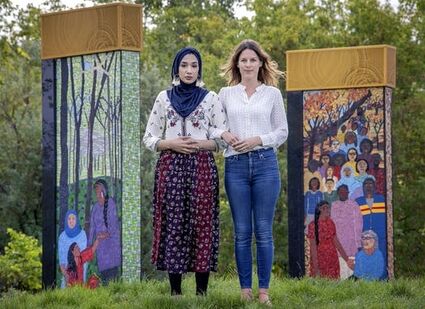 Asma Mohammed and Sarah Super, at the Sexual Violence Survivors Memorial at Boom Island Park, were behind the new Minnesota law that allows sexual assault survivors to report cases in their own time.

Asma Mohammed repressed memories of her sexual assault for years, but sometimes the way a light fell across a room or the whiff of a certain smell would send horrific visions flooding back.

By the time she managed to process the trauma of what happened years later, it was too late. Minnesota's statute of limitations on reporting sexual assault had lapsed and her testimony couldn't be used in court against her perpetrator.