Jorge Polanco sends Twins to another walkoff victory, 8-7 over Cleveland 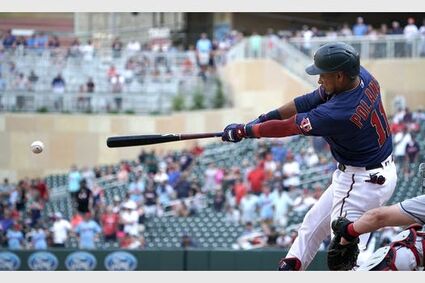 Twins second baseman Jorge Polanco could have used a pinch runner after he delivered a third winning at-bat in four days that ended Wednesday afternoon's careening 8-7 victory over Cleveland in 11 innings.

As soon as his record-making, line-drive single scored catcher Ryan Jeffers with one out, teammates poured out of their Target Field dugout with bottled water in hand.

And the chase was on, as Polanco scrambled this way and that, trying to avoid a soaking.